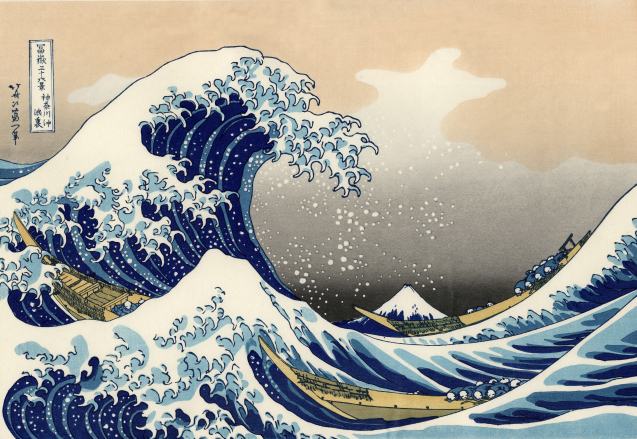 The Great Wave of Kanakawa (1760 – 1849)
Author: Hokusai Katsushika
Location: Hakone Museum (Japan)
The composition of his woodblock print is made out of three items: the waves, the boats and Mount Fuji. There were 46 Mount Fuji paintings on the collection. It is one of the most copied art pieces of all times, 2-3 reproductions that were offered around 2005 had prices around $50,000. 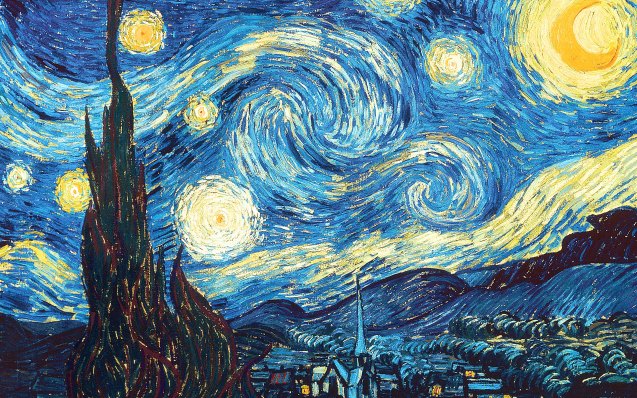 Starry Night (1889)
Author: Vincent van Gogh
Location:Museum Of Modern Art (Ney York)
Van Gogh worked on this painting on september 1888 before his December breakdown:
– December 23: Van Gogh cuts off part of his ear after arguing with Gauguin.
– December 24: Van Gogh is found “lying in his bed, giving almost no sign of life”, and taken to the hospital.
– December 25: Theo visits Vincent in hospital; that evening Theo and Gauguin leaves for Paris. 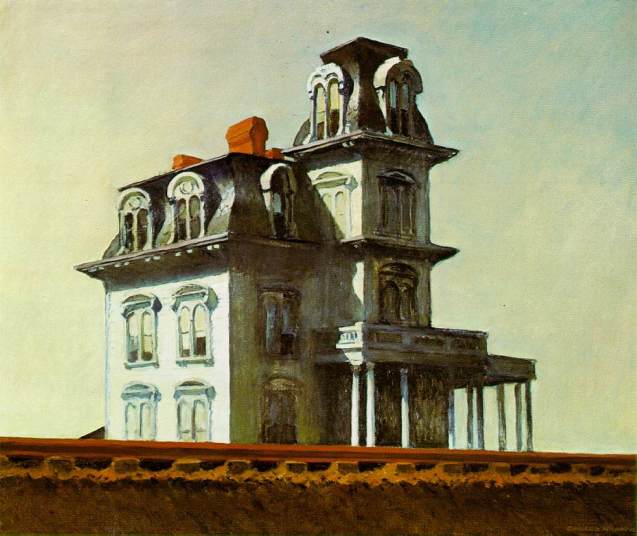 The House of The Railroad (1925)
Author: Hopper
Location: Museum Of Modern Art (New York)
The lack of movement that makes this house a lonely place to be, has been an inspiration of: Bates Motel on Psycho (Hitchcock), the “Addams Family” house cartoon by Charles Addams of The New Yorker, Days of Heaven (Malick) and Giant (George Stevens). 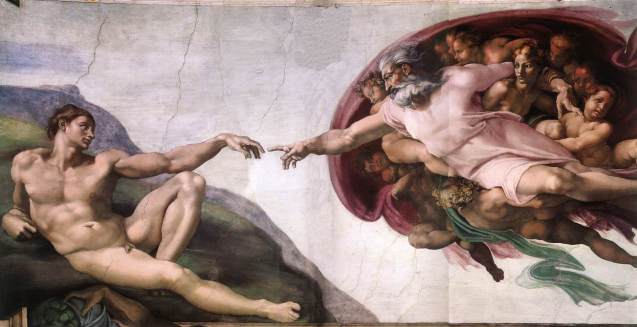 The Creation of Adam (1508-1512)
Author: Michelangelo
Location: Sistine Chapel (The Vatican Museums)
Along with Leonardo da Vinci’s The Last Supper, The Creation of Adam and the other Sistine Chapel panels are the most replicated religious paintings of all time. It took him 4 years to paint the Chapel and this section was the last one. As paint dripped on his face, he almost went blind when he finished this masterpiece. 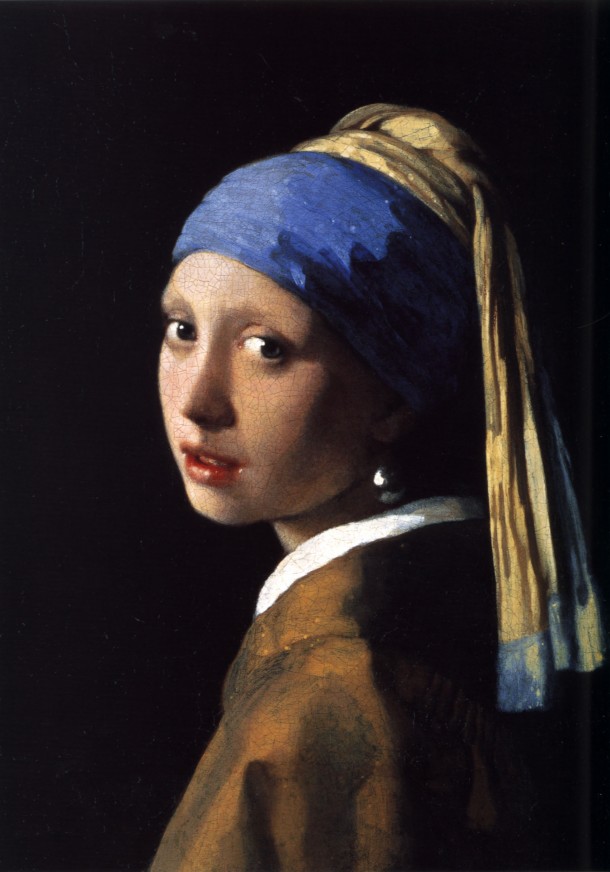 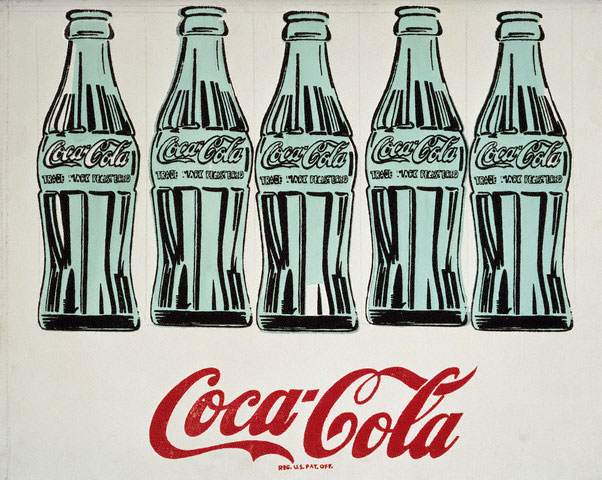 “What’s great about this country is America started the tradition where the richest consumers buy essentially the same things as the poorest. You can be watching TV and see Coca-Cola, and you can know that the President drinks Coke, Liz Taylor drinks Coke, and just think, you can drink Coke, too. A Coke is a Coke and no amount of money can get you a better Coke than the one the bum on the corner is drinking. All the Cokes are the same and all the Cokes are good.” 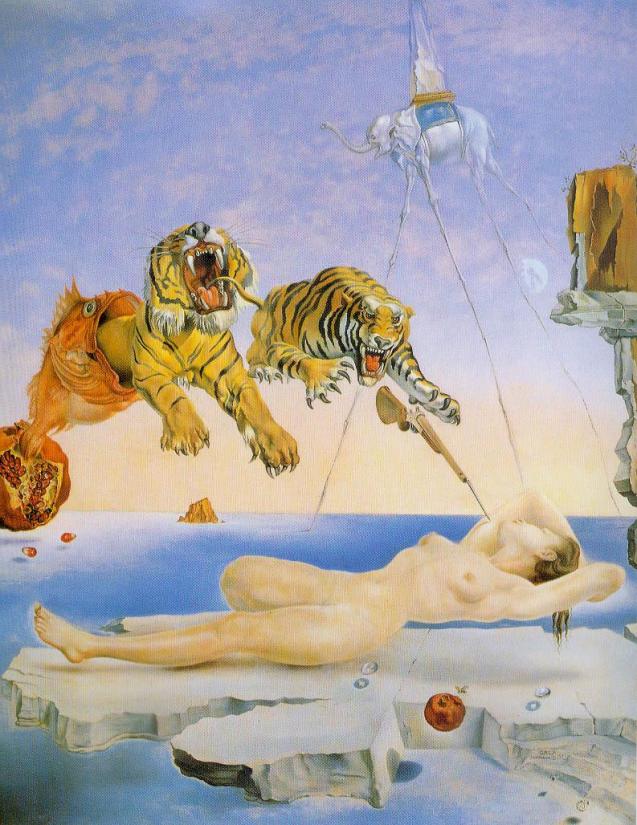 Dream Caused by the Flight of a Bee Around a Pomegranate a Second Before Awakening (1944)
Author: Dali
Location: Thyssen-Bornemisza Museum (Madrid)
What is surprising about Dali’s paintings in general is their size. This one in particular is 51×41 cm.

The Guernica (1937)
Author: Pablo Picasso
Location: Reina Sofia (Madrid)
This painting  has become a universal symbol warning humanity against the suffering and devastation of war. The Picasso sketches for the ‘Guernica’ painting were found in his 1936 sketchbook. The Spanish civil war did not begin until that summer, and Guernica was not bombed until April 1937. 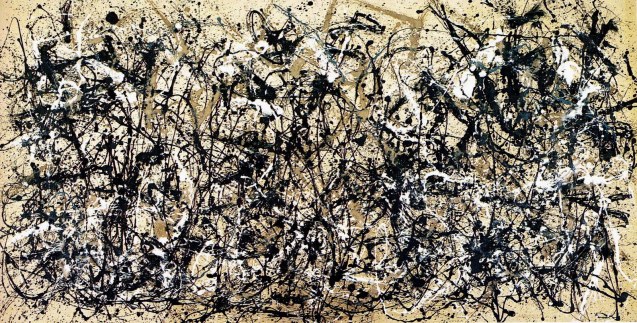 When I am in my painting, I’m not aware of what I’m doing. It is only after a sort of ‘get acquainted’ period that I see what I have been about. I have no fear of making changes, destroying the image, etc., because the painting has a life of its own. I try to let it come through. It is only when I lose contact with the painting that the result is a mess. Otherwise there is pure harmony, an easy give and take, and the painting comes out well. 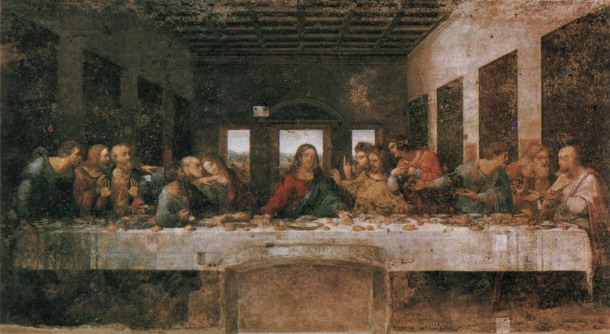 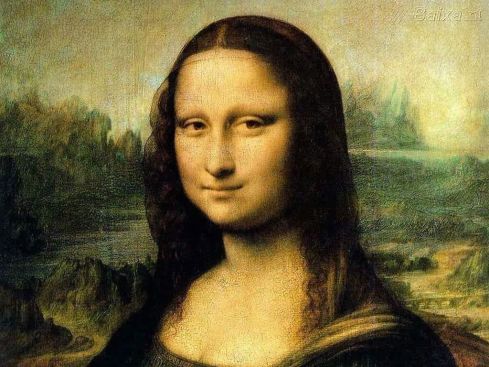 Da Vinci is the man behind some of the most famous portrait paintings in history. However, art experts still have relatively little idea what Leonardo da Vinci himself looked like. Because the Renaissance genius left no self-portraits from his youth, academics have been forced to explore their suspicions that he may have placed his image into one of his own masterpieces. Like in this painting, number 2 on the left and number 6 on the right are thought to be himself. And the same happens with “Mona Lisa“. 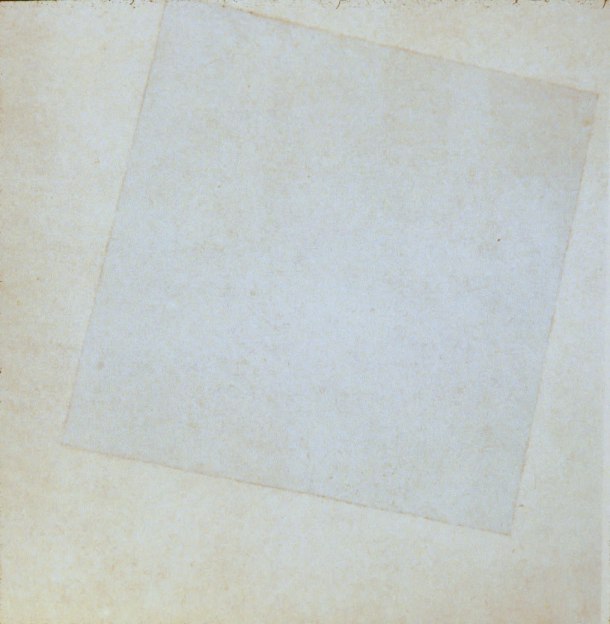 White on White (1918)
Author: Kazimir Malevich
Location: Museum of Modern Art (New York)
This painting belongs to his Suprematism period, an abstract style based on simple geometric shapes against a white background. These reductive geometries seem to be the product of extremely rational thinking, but Malevich’s writings confirm that ultimately he was seeking a strong spiritual feeling. Malevich’s work is also featured prominently in the Lars Von Trier film Melancholia.

Europe after the rain II (1940–42)
Author: Max Ernst
Location: Wadsworth Atheneum (US)
When World War II around, Ernst was in France. His friends, including Paul Éluard, managed to get him released, but when the Nazis invaded France the Gestapo came looking for Ernst and he had to escape to the U.S. with the help of Peggy Guggenheim – who he subsequently married. This brings us to 1940-1942, the years Ernst painted Europe After the Rain II while living in New York. He  was one of the primary pioneers of the Dada movement and Surrealism. 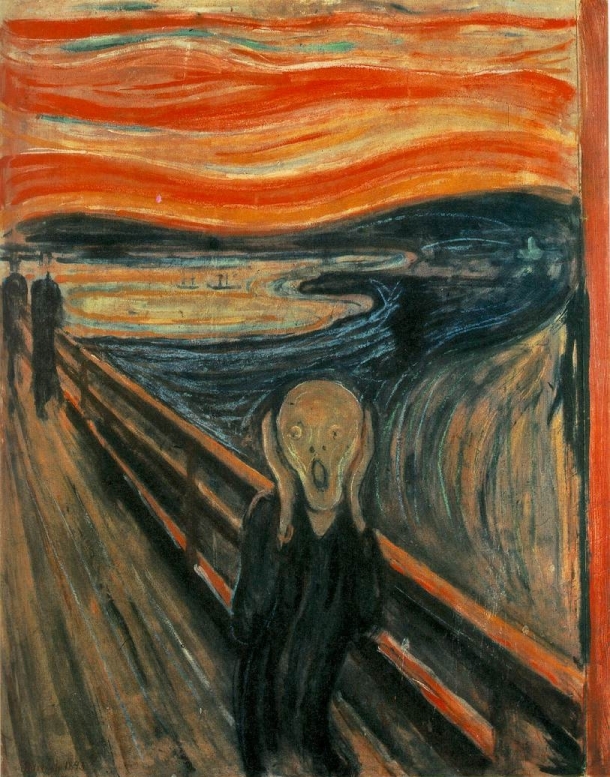 The Scream (1893)
Author: Edvard Munch
Location: Munch Museum (Oslo)
On 22 February 1994, the same day as the opening of the 1994 Winter Olympics in Lillehammer, four men broke into the National Gallery and stole its version of The Scream, leaving a note reading “Thanks for the poor security”. 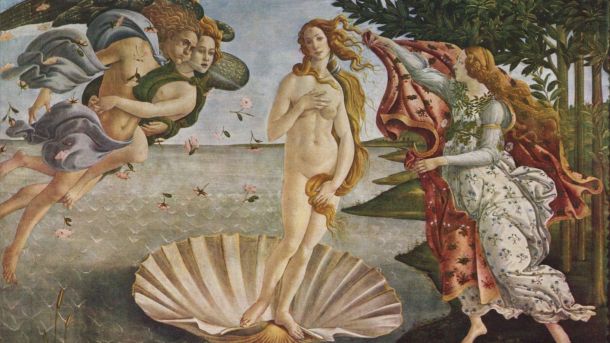 Birth of Venus (1485–87)
Author: Sandro Botticelli
Location: Uffizi Museum (Florence)
A curious  aspect of this painting that can be easily perceived is the presence of oranges in the background. These oranges are surprisingly significant, as they imply that the painting was funded by the Medici family, one of the largest contributors to art in the Renaissance world. The fact that the Medici family sponsored Botticelli in this work does a great deal to demonstrate it’s value.

Water Lilies (or Nympheas) (1920)
Author: Claude Monet
Location: Museum of Modern Art (New York)
Monet was seen as a rebel at school. He would draw caricatures of his teachers and friends. On 1868 he tried to kill himself by drowning in the Seine because his financial burdens were upsetting him so badly. This water lily painting is on the MoMA Museum but another of Monet’s water-lily paintings, Le bassin aux nymphéas, sold for almost £41 million at Christie’s in London. 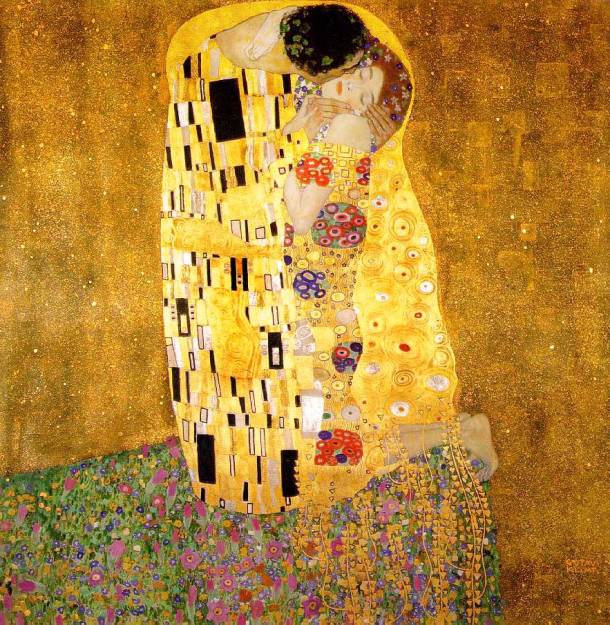 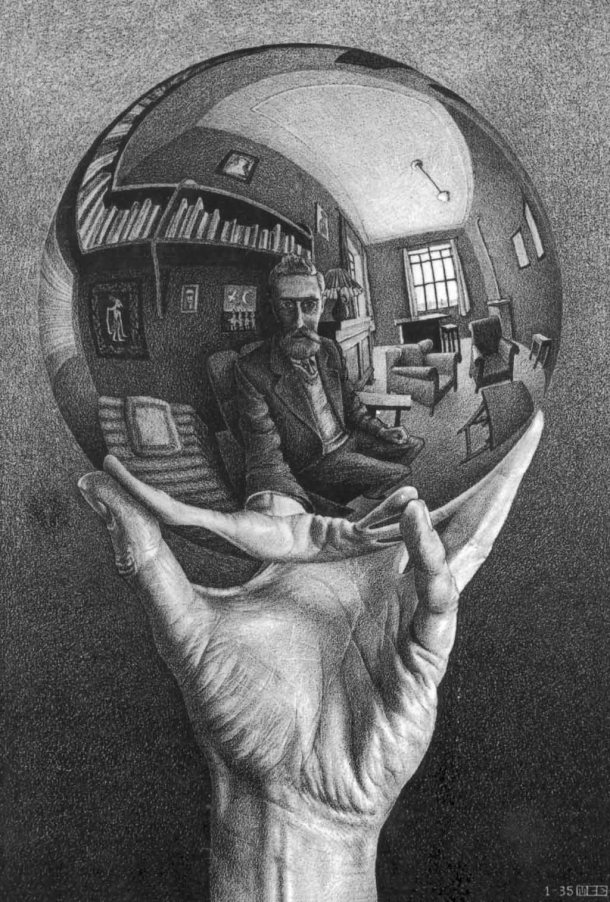 Self-Portrait in Spherical Mirror (1935)
Author: Escher
Location: The Hague: Escher Museum (Netherlands)
“Are you really sure that a floor can’t also be a ceiling?”
― M.C. Escher

The Arrival of Spring in Woldgate (2011)
Author: David Hockney
Location: Guggenheim Museum of Bilbao (Spain)
After painting several Yorkshire landscapes within common techniques, he opened his mind and let the new technologies influence his work. This painting is created by a sequence of 51 iPad drawings.

23 thoughts on “19 Great Paintings of all Times” 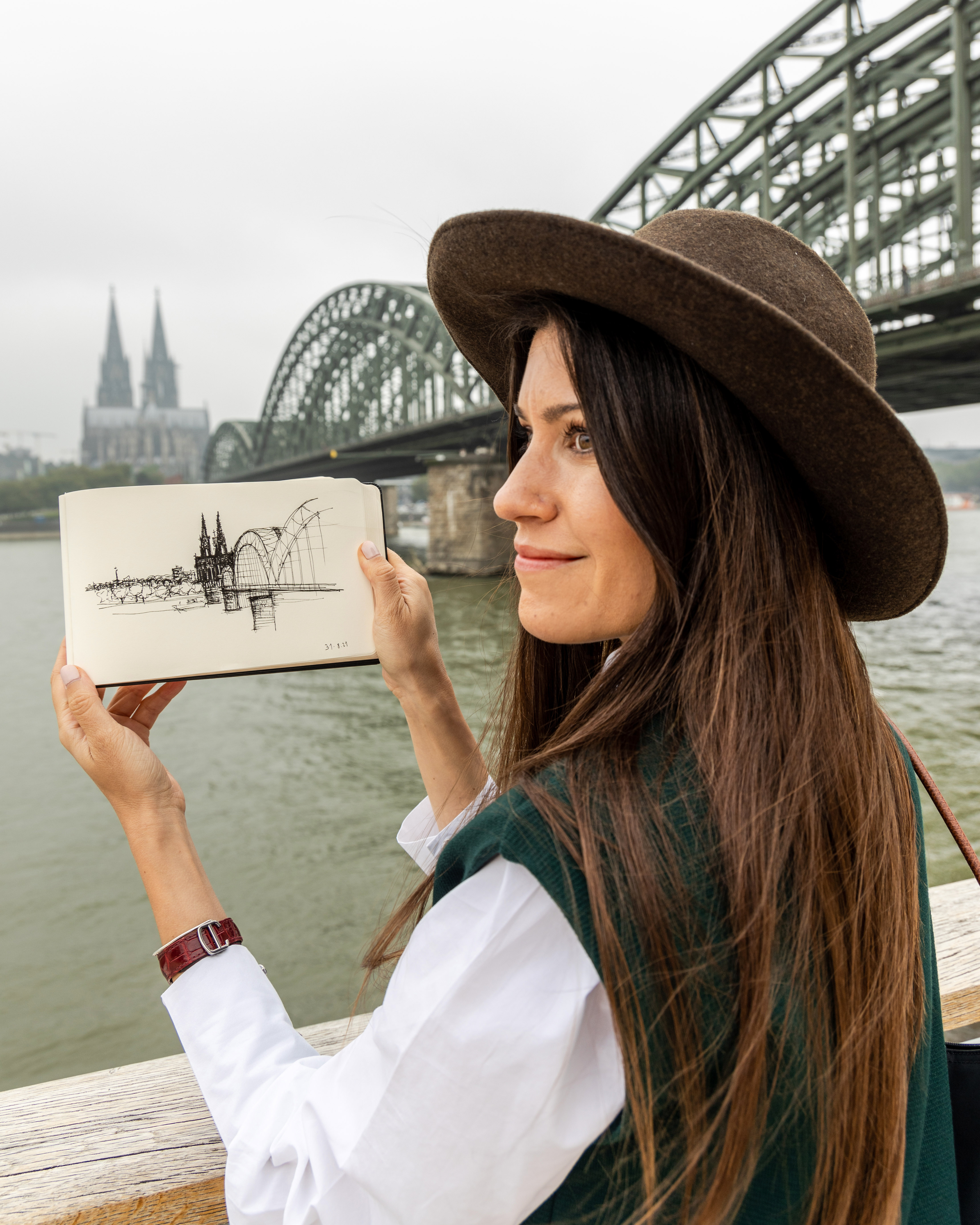