The Farnsworth House (Mies van der Rohe, 1951) located in Plano (Illinois), was one of the architecture masterpieces that I was most excited to visit while in Illinois. We travelled the Sunday that the NATO Conference was in Chicago and had a lot of trouble getting out the city. Lake Shore Drive seemed impossible to reach. After one hour in the car we were immersed in nature and vernacular farmland architecture. It was after crossing the Co Highway 15th bridge, that we saw this little white box.

To my disappointment, one of the glass doors was under repair since fall 2011 but is now fixed. Guided tours can be booked from $22 at  http://www.farnsworthhouse.org/ 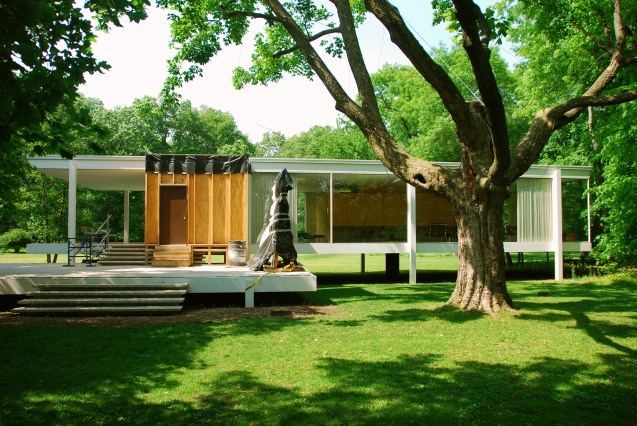 Detail of one of the corners.

Mies in the intermediate stairs of the house.

Apparently Dr. Farnsworth fell in love with Mies. Who wouldn’t? If buildings do confess the architect’s personality, this one reveals nothing else than perfection. However, love has its bitterness and after exceeding the extravagant $40,000 initial budget the feeling started to change.

No matter how ruthless the critics have been over the years, the sheer genius of the white steel and glass box were obvious to see. It does not have boundaries with nature; it seems to be floating in the landscape. From any angle of the interior the outside stairs could not be seen.

Edith Farnsworth’s ended up in court fighting miles for the rights of the house. But after living there for some time and being constantly disturbed by tourists she decided to sell  the house to a British Lord in 1975. The Landmarks Preservation of Illinois and the National Trust purchased the building for $6.7 million in 2003.

Illinois Institute of Technology student’s have been involved and designed a permanent exhibition space for the massive wardrobe, which formerly resided in the house. In an attempt to protect the wardrobe, it was decided to be on permanent display near the Visitor Center, which is well above the 500-year flood plain. 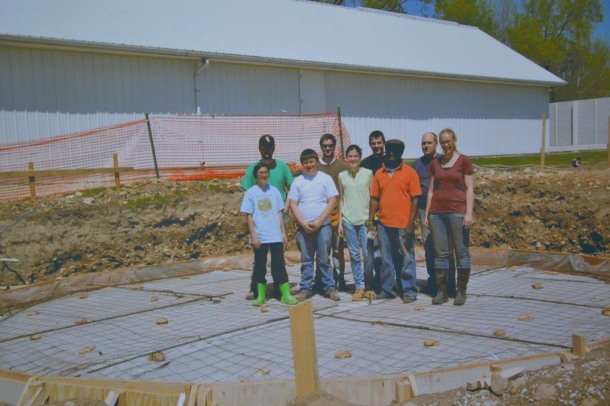 Students from Illinois Institute of Technology building their design and Proffessor Flury in the back.